A couple of weeks ago, Kyle and I were play-wrestling, because we're children and that's what we do, and he reached to grab my stomach. I got kind of annoyed, because I don't like that part of my body, as it's typically the first to gain weight and the last to lose it. So annoying. After I swatted him away, not-so-playfully, he made the comment that my stomach had really flattened out. And I had to stop and think about that.

I haven't been so conscious of how certain shirts look for work, or how certain tanks fit for a run, and I've been less concerned about which shorts I pull out for a run. But I chalked this up to the shift that typically happens in my brain, where if I'm running well and feeling strong, my relationship with my body and my body image is so much better. If I can focus on what my body can do instead of how it looks compares to so and so or even to how it compares to how it has looked in the past, my brain is so much happier.

Apparently somewhere during this positive mind shift, my body also decided to join the same page. Interesting. I was talking to one of my running buddies about what she was planning to wear for the upcoming Sioux Falls half, and I made the comment that I wish I had the confidence to wear my new purple 605 crop. It's so cute, I love the color, and the cut of it is very flattering on any body, including mine (most days :P). But I don't think I'm there yet.

Maybe when the Dallas Half rolls around I'll be able to rock it with confidence. Because even if there is still some significant squish and jiggle, I have shown what a strong runner I can be in 2018, and that's something to celebrate! Visible abs or not. :) 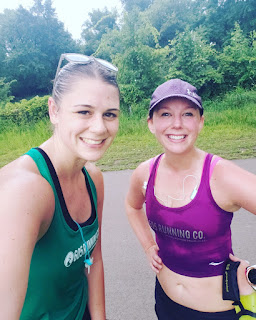 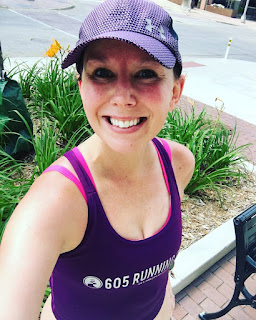 Jeri, you are beautiful inside and out. ♥️

You are awesome! I struggle with this all of the time - I feel like I run and run and my body doesn't reflect how strong I feel...but maybe it really does:)