How to Fail a Long Run

Saturday I was scheduled for a 9 mile long run during our cut back week. I did not complete that 9 mile run. Not for lack of trying... ish. But I also failed along the way. I was so excited. *ONLY* 9 miles! Cut back week! NBD distance! I love that our training has gotten to this point where a 9 mile run is NBD. But apparently I should've respected the distance a bit....

Things I Did Right:

Things I Did Very, Very Wrong:
So do as I say, not as I do. Drink a lot of water, get good sleep, fuel properly, and don't except your body to be able to perform if you're not setting it up to do so properly. Duh. 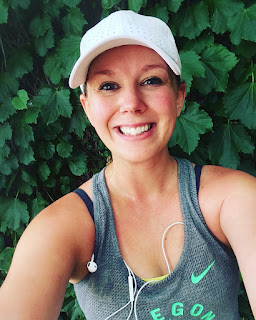