I went to bed at 9am Friday night after setting my alarm for 4am the following morning. Jenn and I were planning on departing town at 5am to make it to the race with plenty of time to pick up our bibs, meet up with her relay team, and for me to use the bathroom 1200x, per usual. 2am hit and I just couldn't pretend to sleep anymore. So I woke up. Caught up on blogs, snuggled with Ollie, texted people who were clearly not up yet, oops, sorry, and waited.

A bazillion hours later it was time to make our trip up. And what felt like 6 seconds later was the start of the race! Luckily I got to see Megan briefly before the race started and see Otto's Team Green outfit (I die). 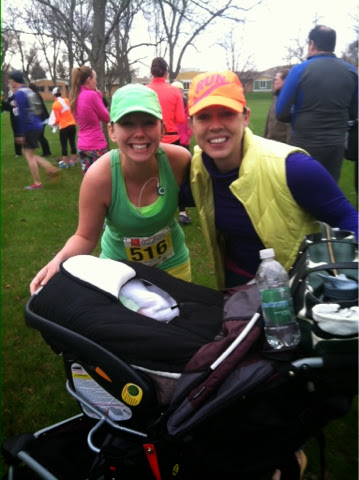 The half, marathon, and marathon relay all start together, but it still wasn't a congested start. I started off too fast, then slowed down too much, and then finally found the baby bear pace of "just right." I was already .06 over when I got to the first mile marker, which I thought was weird because I hadn't been bobbing and weaving, and normally I'm a great tangent runner (especially if I'm familiar with the course!). I assumed I'd make it up over time (spoiler alert: I didn't). The first two miles ticked off precisely as planned.
1.  9:38
2.  9:33

Mile three I slowed down and deviated from "the plan." Looking at my garmin data, mile three was one mile long incline. It must've been gradual enough not to see, but my legs were feeling it. Instead of freaking out completely (as I always do), I just kept running and was rewarded with two miles that were back to where I wanted to be.
3.  9:58
4.  9:27
5.  9:27 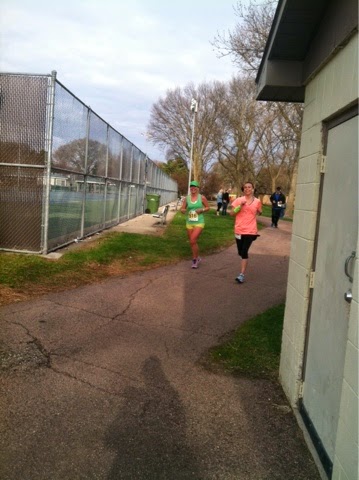 It was at this point that I thought I would be able to start my BTTW miles. During mile 3 of the race, I had thoughts of revising my goal time to 2:05 and was certain there was no way I would be able to push for 5 hard miles after running 8 uncomfortably hard miles. Well by the time 5 miles were left I realized that I had ~47 minutes of hard running left in me and calculated that if I ran ~sub 9 pace for the remainder of the race, I could hit 2:02.

There were times when I'd calculate my finishing pace to close to sub 2, only to realize that I was failing to account for the .15 I was already over the race distance. Grr! Mental note: Brookings has a million turns, plan accordingly!

The final mile was a slight downhill and my quads were starting to feel it. I remember thinking that if I trashed them now, they'd have awhile to recover before another important race. ;) I cranked up my music to zone out, waiting for my watch to hit 12.75 so I could start my final half mile "sprint." Lolz. I had calculated my finishing time based on 9 pace with an 8 minute final half mile. Uff. Ambitious much? 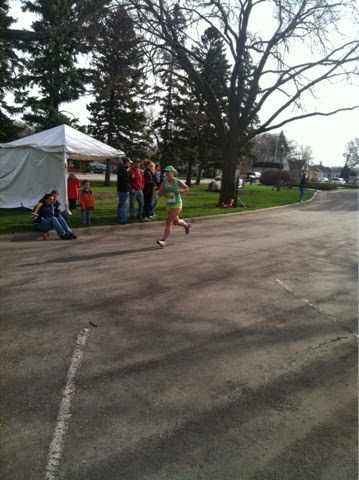 As soon as I turned the corner for the finishing stretch my heart started beating all wonky and I wished my heart rate monitor wasn't dead so I could see the data for that, and then I remembered "oh yeah, sprint!" I saw that the clock was close to switching over to 2:03 so I hauled @$$ to get there before that happened. 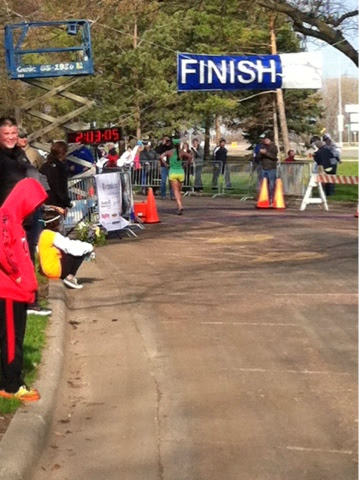 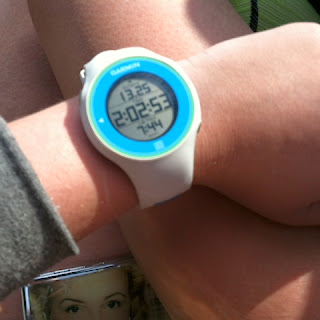 Kyle's parents came to cheer me on since he was at a fishing tourney. 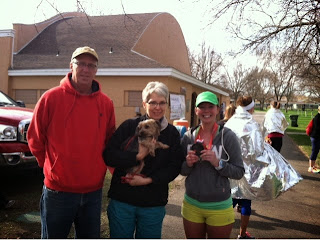 Jenn will easily be dominating her goal half in a month. 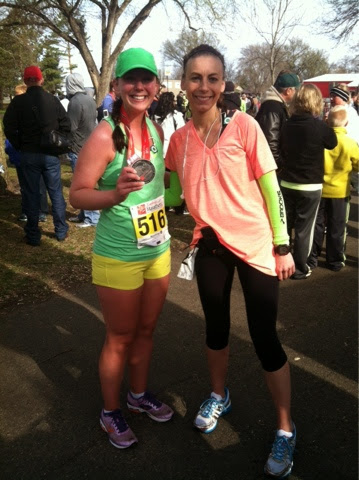 And I can't wait for the next race weekend with this girl. 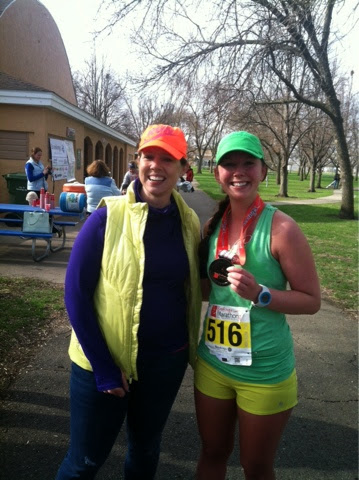 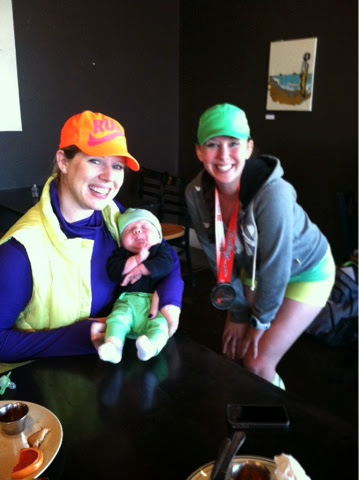 Half marathon #21 in the books. Fastest one in two years. 9th fastest out of 21! 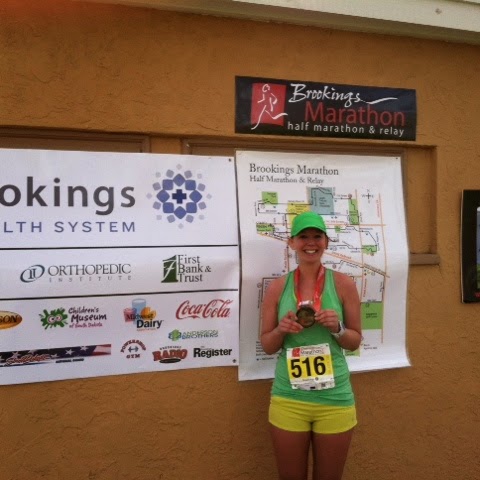 When's the next race??