I ran my first 5 mile in six years a couple of weeks ago. A friend of mine puts on the race, and a ton of my friends were running. My training program had a 5 mile or 10k scheduled, so it fit perfectly! Most of my friends were doing the ten, so I got there super early to cheer them on. 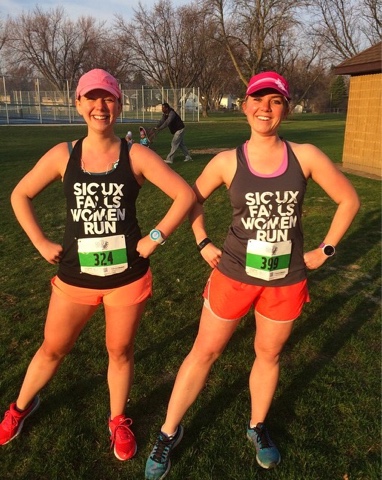 Prior to the race, I had a pretty angry stomach (typical), and my game plan was to start around 9 pace and slowly whittle it down. The gun went off, and I was keeping an eye on my watch to make sure I didn't go out at "bat out of hell" pace (as is also typical). I was a little concerned that I wasn't having to hold back at all. I was around 8:40-9. The first turn around to the south came up so soon and I was settling in to a solid strong pace. I passed a few gals here and got a glimpse at my place for females with the small out and back section. I was sitting in 12. The gals in front of me were starting to pull away, and when I glanced at my pace it was 8:39. Uff! I panicked because I thought we were 1/2 mile in to the race and I was already feeling tired. I also noticed that we were almost to 1.5 miles and I had missed my watch beep. That made me slightly less nervous, but I still let them go. 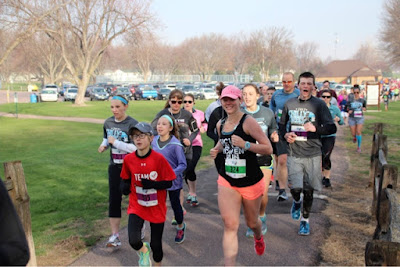 I started to get really tired during mile 3 (which should come as no surprise based on how quickly I started the race. Oops). I told myself I would put my head down and try to speed up at the half way point. And then I told myself that same thing when I was coming up on mile 4. I was working much harder on this mile than my pace reflects. Rude.

For the last mile I focused on the two girls in front of me, trying to reel them in slightly. They weren't catchable (unless they stopped to tie a shoe, lol) but I wanted to keep them in my sights! I just did not have that next level gear that I can sometimes turn on with half mile to go. I had to crank up my music to block out my labored breathing. I swear it sounded like I was honking. Oh man. 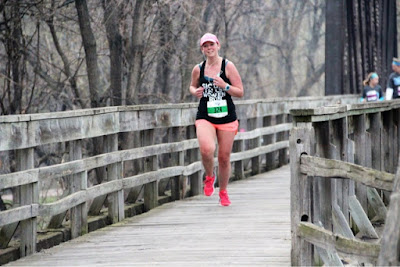 Up the final stretch someone flew by me, then turned back and motioned for me to go with her. It was one of my running pals from 605 Running Co. that was flyyyyyyying in finishing up the 10 mile. Thank god for her, because I somehow had something extra and finished hard. So hard that I have some lovely dry heaves upon finishing. Been awhile since I've experienced that! To give an idea of just how hard I finished that last stretch, my mile pace dropped 10 seconds from the last time I looked at it until I came through the finish. Woof!

I finished the 5 miles in 44:05 for a pace of 8:50 hitting my B goal, and SOOOOOO close to my A goal. I also realized that this is a PR FOR ME! My previous PR is more of a PR* as it was on a short course. And this race time plugged into a race calculator spits out my half marathon goal time (roughly) which helps me think that I'm on track for my goal! 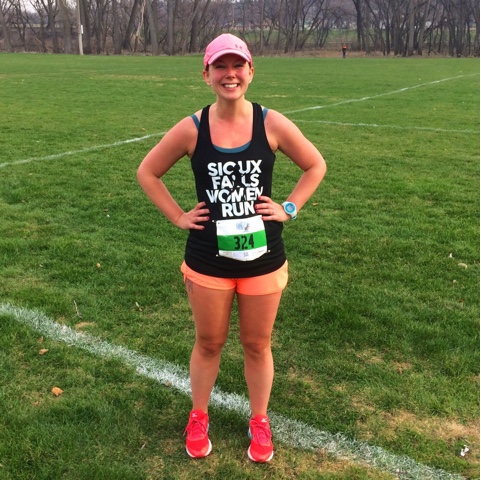 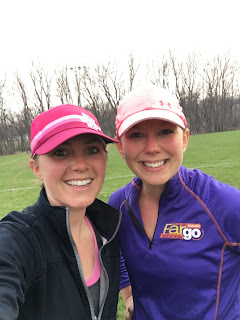